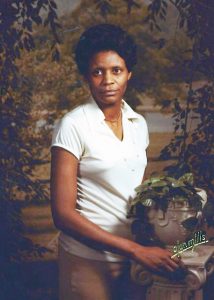 A native of Paris, KY, she was the daughter of the late Alfred Davis and Frances Davis. She was retired from the AT&T Telephone Company as an operator and later, a layout clerk. She was a member of the New Hope Baptist Church, Pontiac, Michigan and Zion Baptist Church, Paris, Kentucky. She was active with the missionary board and the choir.

Otis Ziegler, Jr, cousin to Mary Mayberry had for several years cared and attended for her at her home.

In addition to her parents, she was preceded in death by three brothers, Charles Ingram, Eugene Davis and Stewart Biddle.

Funeral services will be conducted at 12:00 p.m., Friday, June 11, at the church by Rev. Reese. Burial will be at a later date in Paris Cemetery.