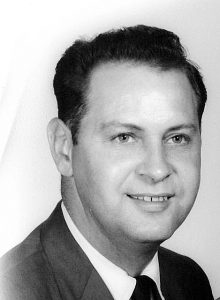 Woodford “Woody” Wilson, 86, husband of Bonnie Jean Wilson died Monday, June 14, 2021, at St. Joseph Hospital, Lexington KY.
A native of Paris, KY, he was the son of the late Everite and Goldie Beatrice (Rising) Wilson. He was a veteran of the United States Army and a former maintenance man for Parker Seal and Johnson Control.
In addition to his wife, he is survived by one daughter, Charlotte Blackburn, a son, Woody Wilson Jr, a grand daughter Sarah Lee Ann Blackburn as well as a great great granddaughter Kennedy Vega Hill.
Burial will be in the Paris Cemetery at a later date.
The funeral arrangements were entrusted to the Lusk-McFarland Funeral Home, 1120 Main Street Paris KY.
The online guestbook is at www.Lusk-McFarland.com and a 24 hour funeral information line can be reached by calling 859-987-4387.