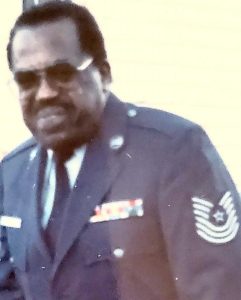 Charles H. W. Thomas, Sr. departed this life on Tuesday, June 15, 2021, at the VA Medical Center on Leestown Road, in Lexington, KY, after a brief illness. A native of Millersburg, KY, he was the son of William Parker Thomas and Aria Mae Berry. He attended Western High School in Paris, KY. Soon after graduating from high school Charles enlisted in the U.S. Airforce. He was member of Prodigal House Church, American Legion Post 165 (both in Paris) and the Swahili Elks Lodge until his death.
Charles H. W. served his country all over the world, but his 40-year military career both began and ended at the Lexington-Bluegrass Army Depot. He was an equipment specialist at Central TMDE Activity (CTA) since 1984 and retired from civil service on January 10, 1992.
He began his career as an electronics repairman in 1951, and worked at Gentile AFB in Dayton, OH, for 13 years; Olmstead AFB in Pennsylvania, PA, and Kelly AFB in San Antonio, TX. He returned to civil service for the Army in 1974, when he went to work for CECOM in Europe, then served for years at Ft. Hood in Killeen, TX, in 1984, providing direct support and logistics management as part of the for all TMDE equipment and new systems being used in the field as part of the Air Force Equipment management survey team.
In addition to him traveling with the military, Charles loved to go visit family in his leisure time where he would spend months at a time. He enjoyed photography and collecting, cleaning and making cassette recordings of old records. He loved working with young children as a little league coach or helping them in art and hobby shop. While he was in San Antonio he worked with handicapped veterans, assisting them on outings and spending time always joking and laughing with them, not just focusing on their problems. Helping others became a habit for him and gave him satisfaction. Charles never once regretted the years that he spent working for the government because doing so gave him unique experiences, opportunities to travel, and a good education.
Charles was proceeded in death by his parents and daughter Nisa Washington. He is survived by his two sons, Arie Lejuan Thomas and Charles H. W. Thomas Jr, a grandson Corey Washington, and a granddaughter, Arielle Lyne Thomas. He also leaves to mourn him cousins Delphia Baker, Anna Lee Hoey, Shepard Avery, Ronald Berry, Loretta Carter, Maxine Avery, special friend Samuel Crumbie and a host of other cousins and friends.
The funeral service will be conducted at 11:00 a.m., Monday, June 28, 2021, at the Lusk-McFarland Funeral Home, 1120 Main St., Paris, KY. Rev. Dr. Morgan Gilkey will be in charge of conducting and preaching the word of God and most likely will share a few stories and his funeral service. Burial will follow in the Camp Nelson national Cemetery at 2:30 p.m.
The funeral arrangements were entrusted to the Lusk-McFarland Funeral Home, 1120 Main St., Paris, KY.
The online guestbook is at www.Lusk-McFarland.com and a 24 hour funeral information line can be reached by calling 859-987-4387.