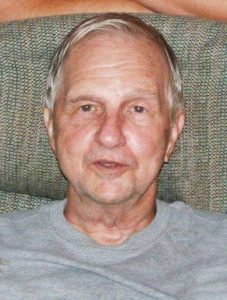 Oatley Darrell Willard, 82, known as Papa to all his family and husband of Barbara Ann Peavy Willard, died Saturday, June 26, 2021, at the St. Joseph Hospital, Lexington, KY.
A native of Lebanon, KY, he was the son of the late Roy Burton Willard and Ara Marie Cooley Willard. He was a retired manager at Kentucky Finance of Paris, KY, loved God, his family and loved to do yard work. He was a veteran of the United States Army and attended Central Baptist Church, Paris, KY.
In addition to his wife, he is survived by two children, Gail Willard and Jimmy Willard (Tammy Roe); three grandchildren, Ashlee (Michael) Kelly, Ryan Willard and Lindsay Willard; one brother, Robert Truman (Sylvia) Willard; one sister, Ethel Naomi Hourigan “Sissy”; five great-grandchildren, and several nieces, nephews and cousins.
In addition to his parents, he was preceded in death by three brothers, Oscar Lee “Buddy” Willard, Hughey Thornton Willard, William Thomas Willard and one sister, Martha Lorine Wren.
There will be a memorial service at 12:00 p.m., Tuesday, July 6, 2021, at Bedford Acres Christian Church, 5414 Lexington Road, Paris, KY, by Michael Kelly. Burial will be in the Evergreen Memory Gardens.
Visitation will be from 10:00 a.m., until the time of service on Tuesday, July 6, at the church.
Urn pallbearer will be Ryan Willard.
In lieu of flowers, please make donations to the American Heart Association and American Diabetes Association.
The arrangements were entrusted to the Lusk-McFarland Funeral Home, 1120 Main St., Paris, KY.
The online guestbook is at www.Lusk-McFarland.com and a 24 hour funeral information line can be reached by calling 859-987-4387.