Kentucky loses another journalism giant, an icon to community newspapers
across the country in Max Heath

Served as chair of the National Newspaper Association’s Postal Committee
for 30 years; was KPA President in 1987 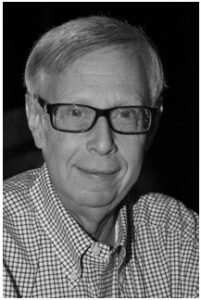 Max Heath, 75, died Wednesday, July 29, 2021. Heath is a native of Campbellsville, KY and the son of the late Harry Heath, a Kentucky newspaperman, and Virginia Allen Heath. His brother, Harold Heath, preceded him in death.
He is survived by his wife, the former Ruth Ann Sullivan, also of Campbellsville, a son Jason, of Louisville and nephews Ricky Heath of Chicago and Chad Heath of Greensburg.
He retired in 2008 as vice-president, postal/acquisitions of Landmark Community Newspapers, Shelbyville, KY, where he had resided since 1980.
For 22 years he was executive editor responsible for recruiting, training, and news quality improvement for 54 paid weekly and daily newspapers in 13 states with over 300,000 paid circulation. For 23 years he was circulation director as well, helping grow paid circulation and training circulation managers.
He was a self-styled “country editor” who edited and managed non-daily newspapers in KY and IN and served as regional manager for numerous LCNI properties.
Heath served 35 years as chair of the Postal Committee of the National Newspaper Association and wrote a monthly Postal Tips column for Publisher’s Auxiliary. He was named to the Postal Service Mailer’s Technical Advisory Committee representing NNA from 1989 to 2017.
He received the NNA President’s Award in 1989 and 1997, Ambassador Award in 1992, and coveted Amos Award for service to community newspapers in 1994. He conducted seminars on “Maximizing Postal Savings and Delivery” for newspaper associations and groups for 25 years.
He was general manager of News Publishing Company, Tell City, Indiana, and editor of The Perry County News from 1975-80. In 1978 The News was awarded “Blue Ribbon Weekly” for best non-daily in Indiana by the Hoosier State Press Association.
Heath worked more than 10 years as a journalist in his hometown of Campbellsville. He was managing editor of the semiweekly Central Kentucky News-Journal in 1974-75, and editor & general manager of The News-Journal from 1971-74 and part of 1969.
From 1969-71, he served in the Army as an information specialist in Alabama and Thailand, where he was editor of the newspaper for U.S. Army Support Thailand.
From 1965-69, he worked his way through Campbellsville University (which gave him a Distinguished Alumnus award in 1987). He was sports editor and news editor of the Central Kentucky News. In 1968, KPA awarded him Best Sports Page in KY. Prior to that, he was a sportswriter for The News-Journal in high school. He also edited his high school newspaper. He free-lanced for The Courier-Journal from 1969-75.
Heath has served as president of the Kentucky Press Association; Louisville chapter of Society of Professional Journalists; the United Way of Perry County, IN; the Perry County Unit, American Cancer Society; director of the Tell City Kiwanis Club; and the Hoosier State Press Association.
He was named to the Kentucky Journalism Hall of Fame in 1996. He was given LCNI’s first President’s Award for Outstanding Service in 1990. He received the Edwards M. Templin award from KPA in 1992 for service to the community. He was named KPA’s Most Valuable Member in 1985 and 1988 and earned a 110% Award in 1983. He was also a Kentucky Colonel.
The Hoosier State Press Association gave him its Distinguished Service Award in January 2006, as did the Wisconsin Newspaper Association in 2010 and the Ohio News Media Association in 2019. The Institute for Rural Journalism and the Bluegrass Chapter of the Society of Professional Journalists in Lexington KY presented Heath with the Al Smith Award for public service through community journalism in July 2012.
Heath was a member of Southeast Christian Church, where he volunteered as an usher for over 20 years and served on the operating and publishing boards of The Southeast Outlook, a weekly newspaper.
He enjoyed the sport of harness racing since his days as sports editor and partnered on KY Sire Stakes winners on both the pace and trot gaits. He and Ruth Ann enjoyed traveling, and visited 21 Caribbean islands, Hawaii and Taiwan, and many states with NNA conventions. They enjoyed country music from the 60s, 70s, and 80s, and attended many concerts. He was a University of Louisville and Cincinnati Reds fan. A life highlight was attending every major league baseball park with Jason, and pride in him being an Eagle Scout.
Expressions of sympathy may be made to NNA Foundation, PO Box 13323, Pensacola FL 32591.