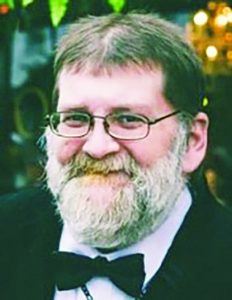 Louis Thomas Browning, 50, of Paris, KY, died Sunday, July 25, 2021, at the St. Joseph Hospice Care Center, Lexington, KY.
A native of Paris, KY, he was the son of the late Larry Thomas Browning and Virginia May Bryant Browning. He was the owner of a taxi driving business and was affiliated with several bike clubs in Paris.
He is survived by one daughter, Courtney May (Tyler Reese) Graves; four grandchildren, Ryan, Rosie, Michael and Aubree; fiancé Jessica Chapman; five stepchildren, Carson Harris, Alyssa Harris, Monique Perez, Julie Perez and Pelon Perez; one sister, Carla (Mark) Hawkins and two nephews, Travis Hawkins and Parker Hawkins.
In addition to his parents, he was preceded in death by grandparents, Carl and Rose Thomas; one sister, Mary Ann Fay; one brother, Jimmy Orrand and an aunt, Ruby Blake.
There will be a memorial service at 12:00 p.m., Friday, August 6, 2021, at the Lusk-McFarland Funeral Home, 1120 Main St., Paris, KY by Rev. William Allen.
Visitation will be from 10:00 a.m., until the time of service on Friday, August 6, at the funeral home.
Memorials may take the form of contributions to Lusk-McFarland Funeral Home to assist the family in paying for the funeral or to Bluegrass Care Navigators 1733 Harrodsburg Rd., Lexington, KY 40504.
The arrangements were entrusted to the Lusk-McFarland Funeral Home, 1120 Main St., Paris, KY.
The online guestbook is at www.Lusk-McFarland.com and a 24 hour funeral information line can be reached by calling 859-987-4387.