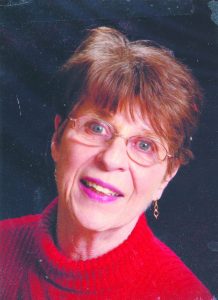 Judith “Judy” Nan Evans Roby, 79, of Owensboro, passed away Sunday, August 15, 2021, at her home. The Daviess County native was born July 12, 1942, to the late George Lee and Nan Louise (Smith) Evans. Judy was a long-time active member of St. Pius X Church where she was very involved especially during the annual picnic. She was a proud graduate of OCHS, class of 1960, and loved her Catholic faith. Judy was a very well known and successful loan officer in Owensboro starting her career at Pence Mortgage Company in the mid 1970’s. She worked for various companies for 3 decades before retiring from Old National Bank in 2007.
Judy never met a stranger and had a great sense of humor. She loved to entertain in her home whether it was for a holiday, her memorable Super Bowl parties, or one of the many Roby BBQ’s. Judy was also an avid fan of Owensboro Catholic and UK sports.
In addition to her parents, Mrs. Roby also was preceded in death by her loving husband, Danny in 2002, and their son, Kevin, in 1972.
Those left to cherish her memory include her children: Kris (Sally) Roby, Tina (Michael) Edge both of Owensboro, and Mandy (Matt) Roberts of Paris, Kentucky; her grandchildren, Tristan and Kelsea Roby, Madeleine, Anne Elizabeth, Hagan, Will, and Miles Edge, Gabriel, Dominic, and Sophie Roberts; sister-in-law, Leah Kay Harrington (Bobby); a niece and nephew; many dear cousins and close friends.
A funeral Mass was 12:00 noon, Thursday, at St. Pius X Catholic Church. Visitation was Wednesday, from 3:00, until 7:00 p.m., with prayers at 6:30, and Thursday, from 10:00, until 11:30 a.m., at Glenn Funeral Home and Crematory. Burial was in Mater Dolorosa Cemetery.
Expressions of sympathy may take the form of contributions to the Carmel Home and Passionist Monastery.
Memories and condolences for the family of Judith Roby may be left at www.glenncares.com