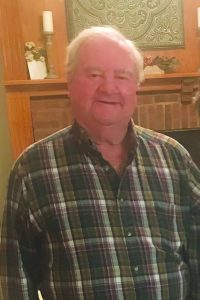 He graduated from Bourbon County High School in 1957, and worked for Scott Gross Welding Supply after he graduated. Marvin served our country in the Army and also joined the Reserves and served until 1966. He retired from IBM in 1990, after a 30 year career and was a member of Central Baptist Church.

He always told everyone he talked to that he “lived a great, long life” and he was so thankful for that. Starvin’ Marvin was known for loving a good buffet, hauling some “junk” around to buy and trade, and sporting his overalls and bucket hat. He rivaled the best talkers in the world but also loved his peaceful and quiet time sitting outside under his shelter.