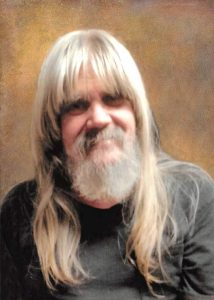 Ronald Dean Buchanan, age 64, of Millersburg, departed this life on Wednesday, August 18, 2021, at Bourbon Community Hospital, after a short illness.   He was born on August 7, 1957, in Bourbon County, to the late Ellis Ray Buchanan, Sr., and Geneva Ruth Dwelly Buchanan, was a 1975 graduate of Bourbon County High School, was a member of the National Street Rod Association, and Good Guys Car Club.   He retired from Trane in Lexington, Kentucky in 2017, after forty years. He belonged to the Barterville Methodist Church. In addition to his parents, he was preceded in death by his son Christopher Robin Buchanan and a brother, Ellis Ray “Snookie” Buchanan, Jr.