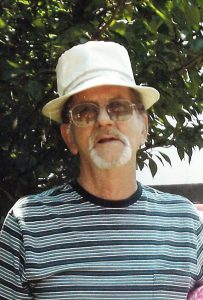 He was born in Jackson, KY, to the late Sam and Leatha Raleigh Strong. He was a former employee of the Dura Corporation. He was also a painter, carpenter and a veteran of the United States Army. Charles enjoyed fishing, detailing cars, UK Basketball and Reds Baseball.

Pallbearers will be Sheila Strong and Derik Hudnall.

In addition to his wife and parents, he was also preceded in death by one daughter, Sharon Byrd Strong; one stepdaughter, Tammy Warden and two great grandsons, Justin Lee Wittwer and Andres Angel Stanfield Hernandez.