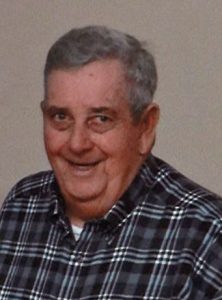 He was born in Nicholas County, KY to the late Flem Shaffner and Thelma Vance Bussell.  Marvin was a retired horseman having worked at Claiborne, Cherry Valley and Xalapa Farms.  He enjoyed fishing and spending time with family.  Marvin also loved his Lord and Savior, having been a long time member of the Carlisle Assembly of God.

Funeral services will be conducted at 1:00 PM Thursday September 16, 2021 at the Lusk-McFarland Funeral Home, 1120 Main St., Paris, KY by Bro. Sam Campbell and Jonathan Herrington.  Burial will follow in the North Middletown Cemetery.

Visitation will be from 11:00 AM Thursday September 16, 2021 until the hour of service at the funeral home.

Special honorary pallbearer will be Francis and Frankie Wilburs.