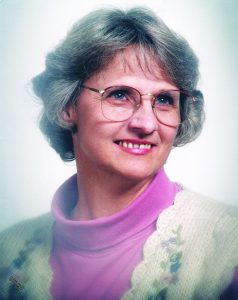 She was born October 7, 1940, in Lexington, KY, to the late Roland D. and Helen Collins Hadden. She was raised with 3 brothers (Jerry, Thomas, Richard) and one sister (Linda).

Carol and William Ragland were married on May 31, 1959, at the Central Baptist Church in Paris, KY, and had four daughters, 10 grandchildren, and three great grandchildren. Carol was a homemaker and loved her job as wife and mother.

She graduated from the University of Kentucky in 1989, with a Bachelor’s degree in Agriculture and began her Master’s degree in Special Education. She was employed as a certified job trainer for disabled children, working in the Scott County School system. She loved farming, gardening, animals of all kinds, music, sewing, crafting, and most importantly serving Jehovah though witnessing and teaching. Carol was a member of the Kingdom Hall of Jehovah’s Witnesses in Paris, KY, where she served as a Pioneer.

In addition to her parents, she was preceded in death by one grandson, Laurence Griffin and one brother, Jerry Hadden.

Honorary pallbearers will be Tony Clampitt and Cody Lambert.

The family asks that masks are to be worn by all attending the visitation and funeral service.

The online guestbook is at http://www.Lusk-McFarland.com and a 24 hour funeral information line can be reached by calling 859-987-4387.