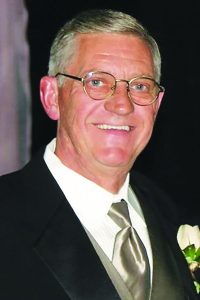 He was born in Fleming County, KY, to Jewell Dixon Wade and the late Delbert Wade. He was a retired Trane employee and a headstone engraver. Al also was an avid UK basketball and football fan.

In addition to his wife and father, he was also preceded in death by one sister, Brenda Argo; father and mother-in-law, Seth T. and Pat Estes Withrow and a brother-in-law, Randy Withrow.

Funeral services will be conducted at 1:00 p.m., Friday, September 24, 2021, at the Lusk-McFarland Funeral Home, 1120 Main St., Paris, KY, by Rusty Parsons. Burial will follow in the Paris Cemetery.

Visitation will be from 5-8 p.m., Thursday, at the funeral home.