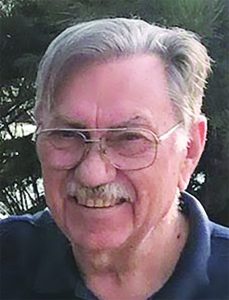 Donald Edward Bowles, 80, passed away September 20, 2021, at Central Baptist, after fighting a long battle of heart disease. Don was born in Pueblo, CO, June 8, 1941.
Don is survived by his wife Lanette Sparks Freitag, his daughter, Alna and Bruce Parish, NE, step-son Richard Justin and Melissa Freitag, OH, stepdaughter Lanne and David Bennett, CA; five grandchildren: Erica, Veronica and Kyla Parish, Miranda and Skylair Jaure, Spencer and Lauren Parish; four great-grandchildren: Ava, Emarsyn and Austyn Jaure, Juliet, NE; four step-grandchildren: Nathen and Grant West; Madeline and Chase Freitag, OH. Don also leaves behind many friends that will miss him dearly.
Don had a long career in information technology. This career gave him the opportunity to visit other countries and learn about other cultures. Don was also co-founder of FeltLOOM, Inc. He and his wife Lanette patented the felting machine, FeltLOOM®. After they developed FeltLOOM®, their travels took them to more countries around the world, as well as many of the United States sharing the technology of their invention. He enjoyed life and loved to tell stories of his travels.
He loved to brain-storm about ways to grow the business and share FeltLOOM with the world.
Services will be held at LanMark Farm, 121 Sharpsburg Road, Sharpsburg, KY, on Saturday, October 2, at 2 p.m.