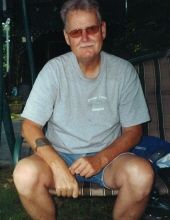 A native of Millersburg, KY, he was the son of the late Leonard and Mary Soister Howard. He was a welder and fabricator at Stamler International. He was a member of the Oddville Christian Church, Cynthiana, KY and a member of the American Legion Post 257.

In addition to his wife, he is survived by two children, Tracey Bolton (David Lake) and Dennis Howard, Jr.; one grandson, Zachary Bolton; one brother, Leonard Franis (Kathy) Howard, Jr.; one sister, Mary Frances (Gary) Link and a number of nieces, nephews and cousins.

In addition to his parents, he was preceded in death by two brothers, Donald Ray Howard and Ralph Thomas Howard.