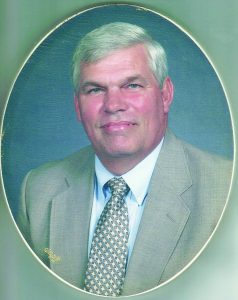 Carl was born July 13, 1949, in Clintonville, KY, son of the late Willis Gray and Sarah Elizabeth Weathers Eads. In addition to his parents, Carl was preceded in death by his sister, Betty Eads True. He was a graduate of Bourbon County High School, attended the University of Kentucky as well as Eastern Kentucky University where he majored in Fire Science. Carl was a U.S. Army veteran, having served in the Vietnam War. He retired from the Lexington Fire Department as a Battalion Chief after 28 years of service and was a member of Clintonville Christian Church.

Carl spent the last 42 years with his wife Mary. They enjoyed traveling and have wintered in Florida for the last 15 years. He enjoyed many years of golf, fishing, watching old westerns, and was an avid sports fan. What he enjoyed most was his family and his vast network of friends.

Visitation will be Thursday, October 14, 11:00 a.m. until 1:00 p.m., at Clintonville Christian Church. Funeral services will follow at 1:00 p.m., with Rev. Charles H. Kemp officiating. Burial will be in the Clintonville Cemetery. Hinton-Turner Funeral Home is in charge of arrangements. www.hintonturner.com