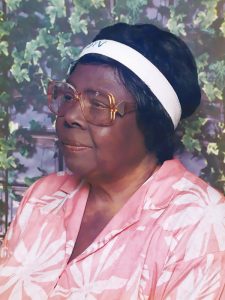 A native of Paris, KY, she was the daughter of the late Dawson and Elizabeth Page Crooks. She was a retired Nursing Assistant at Eastern State Hospital, Lexington, KY, and devoted her life to Christ.

In addition to her husband and parents, she was preceded in death by two brothers, Dawson Crooks and Grant Crooks; five sisters, Frances Jones, Verline Crooks, Fanny Crooks, Lou Crooks, Mary Johnson and one brother in law, Jay Jones.

Visitation will be from 12:00 p.m., until the time of service on Monday, October 25, at the funeral home.