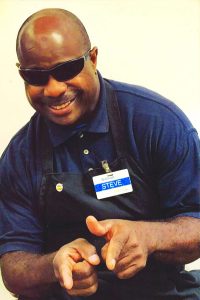 A native of Paris, KY, he was the son of Elizabeth Trumbo and the late Russell Clay Trumbo, Jr. He was an employee of Food Lion for 18 years and later an employee with Walmart in Paris for eight years. He was a Deacon of the First Baptist Church, 8th Street in Paris, where he also was the Vice President of the Youth Group and he taught several youth classes at Vacation Bible Schools, a member of the Men’s Choir, Layman’s Choir and Men’s Sunday School. He was also a member of the Laymen’s Ministry of the Consolidated District Association. He graduated from Paris High School, Class of 1982.

Visitation will be from 10:00 a.m., until the time of service on Tuesday, October 26, at the church.