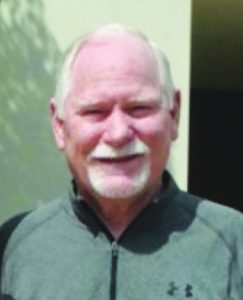 He was born in Paris, KY, to the late Roy Ed and Lizzie Ethel Billings Robinson. Robert was retired from General Electric where he worked as a machine mechanic. After retiring he worked for Dan Cummins, driving cars for them for several years. Robert was a man that loved his family more than anything else. He was a dedicated husband, father and grandfather. Outside of his family he enjoyed owning and driving old cars, two of his favorites were his 1955 Chevy and a 1949 Ford.

In addition to his parents, he was also preceded in death by a granddaughter, Quinn Nicole Robinson; daughter-in-law, Melissa Robinson and several brothers and sisters.

Funeral services will be conducted at 11:00 a.m., Wednesday, November 3, 2021, by Bro. Dennis Peace at the Lusk-McFarland Funeral Home, 1120 Main St., Paris, KY. Burial will follow in the Paris Cemetery.