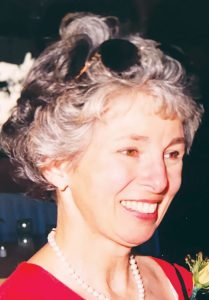 Her working career included time with the CDC in Atlanta and in the 1980’s Roberta returned Spalding University where she earned her BSN. She practiced at Jewish Hospital in Louisville on cardiac-thoracic unit.

Roberta and her husband, Stan, enjoyed traveling and especially loved their time in Africa, Australia, and Greece, and winters in Boca Grande, FL. Upon Stan’s death, she continued her interests in gardening, history, Kentucky hand-crafted furniture, Kentucky artists, and genealogy, serving as a board member and docent of Locust Grove, home of General George Rogers Clark. She was also a member of the National Society of the Colonial Dames, the National Society of the Daughters of the American Revolution, and St. Peter’s Episcopal Church. She remained close to her many friends in Louisville after her move to Paris, especially her book club and Derby group.