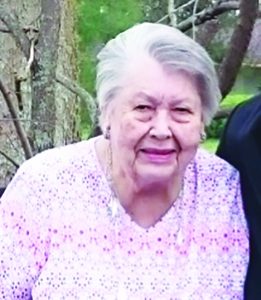 Deloris Jean Howard, 87, widow of the late Henry Thomas Howard, went to her eternal home in Heaven on Wednesday, November 24, 2021. She passed away at home with her family by her side.

In addition to her husband and parents, she was also preceded in death by a son in law, George L. ‘Junie’ Honican Jr; a brother Roy Gaunce and nephew Darrell Cartmill.

In lieu of flowers the family requests contributions to be made to Bluegrass Care Navigators.

The arrangements were entrusted to the Lusk-McFarland Funeral Home, 1120 Main St., Paris, KY. The online guestbook is at www.Lusk-McFarland.com and a 24-hour funeral information line can be reached by calling 859-987-4387.