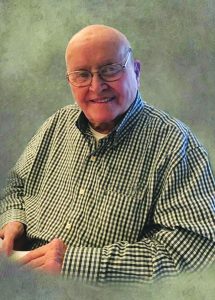 Ralph Lee Linville, age 90, returned to his Heavenly Father Thursday, November 25, 2021, at Cedar Ridge Health Campus in Cynthiana. He was born February 13, 1931, to the late Earl and Jerene Turner Linville.

He was president of the first graduating class of Bourbon County Vocational High School in 1949. Following graduation, he began vigorously pursuing a lifelong career in agriculture. Well known for his success as a farmer, his efforts were recognized when he was named Young Farmer of the Year. Additionally, Ralph was instrumental in the formation of the Kentucky Young Farmers Association. He served on numerous agricultural committees on both the local and state level, always utilizing progressive farming techniques. Known for his work ethic, determination, and honesty, he instilled those values in everyone he loved.  He had a deep appreciation for music and singing gospel music. He was an active member of Ruddles Mill Christian Church where he served as Sunday School teacher, superintendent, and member of the board.