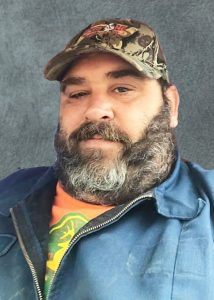 Ray C. Abner, Jr., of Henderson, departed this life on Thursday, December 2, 2021, at his home with family and friends by his side, having attained the age of 42 years.

Ray was born in Cynthiana, KY, on January 21, 1979, the son of the late Ray C. Abner Sr. and Geneva Katherine ”Kathy” Lemons Abner, was a high school graduate and worked as a heavy equipment operator.