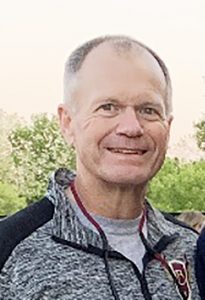 He was born in Hopkinsville, KY, to James Howard Simpson and the late Jane Carol Blevins Temple. Although he was born in Hopkinsville, KY, he was raised and spent most of his younger years in Louisville, KY. Barry was a graduate of Westport High School, Louisville, KY, and also was a graduate of the University of Louisville, where he obtained his Bachelor’s of Science Degree. He was a pharmaceutical representative for AstraZeneca and attended the Catholic Church of the Annunciation, Paris, KY. He also loved to fish, shoot skeet, and watch his Louisville Cardinals, Dodgers, and Rams. Along with this, he also enjoyed having a beer (or two) with his friends. Above all, Barry enjoyed watching his children compete in athletics.

In addition to his mother, he was also preceded in death by step-father, Jim Sutherland; grandparents, Olen and Nancy Blevins and James Simpson, Sr; and aunt, Betsy Stinson.