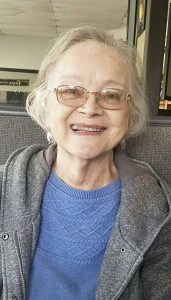 She began her teaching career in 1966, at Eastside Elementary in Harrison County teaching first grade. She then taught first grade at Paris Elementary until her retirement in 1999. She was a member of the Delta Kappa Gamma-Beta Chapter of Fayette and Bourbon County serving as secretary and then Vice President. After retirement, she was a member of the Bluegrass Retired Teachers Association of Fayette and Bourbon Counties serving as Vice President and the Kentucky Retired Teachers Association of Bourbon County. She also was involved with the Bourbon County Homemakers-Ruddles Fort, serving as Treasurer.

Annette enjoyed traveling with Cecil and her family and friends, attending her grandchildren’s sporting events, being with her church family, reading, volunteering at the hospital, day trips with Linda, being a chauffeur for the grandkids, talking about and showing pictures of her newest great grandchildren and taking care of her dog, Della.