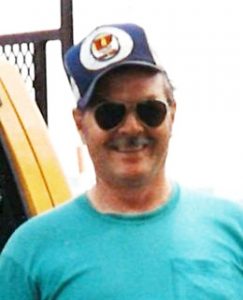 He was born in Bourbon County, KY, to the late Harry and Carrie Mae Florence Harp. Harry retired from Claiborne Farms after 52 years of service but still went back in the summers to help out. He was baptized at the Centerville United Methodist Church and later attended the First Baptist Church, Paris, KY. His hobbies included playing cards, watching old western movies and raising and selling rabbits.