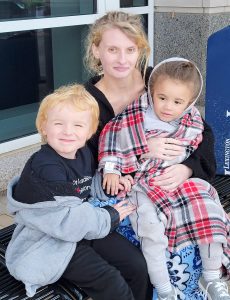 Rebecca Lynn Hobbs, of Paris, departed this life unexpectedly, on Sunday, December 19, 2021, at Bourbon Community Hospital, having attained the age of 24 years.

Rebecca was born on October 15, 1997, in Georgetown, KY, the daughter of William Allan Hobbs and Barbara Ann Isaac, was a graduate of Paris High School, was a homemaker, and attended Judyville Christian Church. In her spare time, she enjoyed art, drawing and painting.

The funeral service for Rebecca Lynn Hobbs will be at 1:00 p.m., on Thursday, December 23, at Hinton-Tuner Funeral Home with Bro. Sam Campbell officiating. Interment will be in Battle Grove Cemetery, Cynthiana, KY.