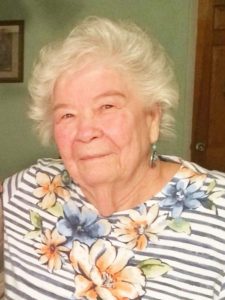 Barbara was born on July 22, 1939, in Keokee, Virginia, the daughter of the late Charles and Cleo Wallen Owsley, attended Harlan County Schools, was a homemaker, and of the Baptist faith. She was preceded in death by a grandson in 2019, Dustin Dennis Eugene Cox; sisters Betty Howard, Brenda Wallen; and a brother, Billy Wallen.

In addition to her husband Eugene, she is survived by a son, Dennis E. Cox, and his wife Melody; a daughter, Pamela Lynn Lundblad and her husband Jim; three grandchildren, Stephne Cox, Jaime Lundblad, and Tammy Barnes. Also surviving is four great grandchildren.

The funeral service for Barbara Sue Cox was at 12:00 noon on Monday, December 27, 2021, at Hinton-Turner Funeral Home with Celebrant Sharon Berry officiating. Interment followed in Paris Cemetery. Visitation was at 10:00 a.m. until time for the service. www.hintonturner.com