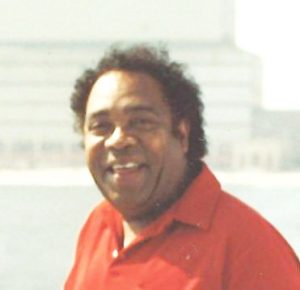 He was born in Paris, KY to the late William Thomas Emerson, Sr. and the late Mary Rogers Emerson. He was a Human Resource employee for the Kentucky State Government. William was also a member of the Consolidated Baptist Church, Lexington, KY and was a United States Army Veteran.
He is survived by three sisters, Doris Shay (Kenneth) Happy, Marian Emerson and Charlene Weathers; host of nieces, nephews and cousins, a special friend, Clarence Green and a host of other special friends who looked after and loved William.In addition to his parents, he was also preceded in death by one sister, Doris Emerson and two brothers, Ronald O’Rear, Sr. and Milton Emerson.

Visitation will be from 10:00 AM Tuesday December 28, 2021 until the hour of service at the funeral home.