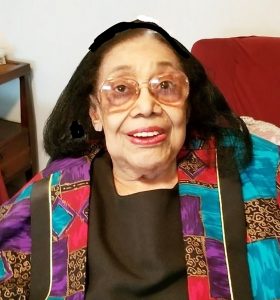 She was born in Millersburg, KY to the late John Willie and Carrie Thomas Higgins. She was a Domestic Worker/Nannie to several children, many of them still keep in contact and loved her dearly and she was a member of the Woods Chapel CME Church, Millersburg, KY.

In addition to her husband and parents, she was also preceded in death by one son, Garland Wess; one grandson, Clifford Wess; five brothers, Arthur Keller Higgins, Thomas Higgins, C.B. Higgins, Jason Higgins and Raymond Higgins and one sister, Wille Belle Southers.

Per Doughie’s request there will be no funeral services. Her burial will be in the Millersburg Cemetery.