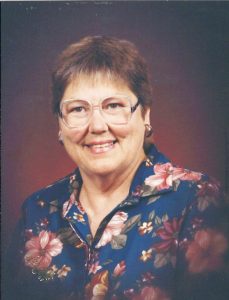 She was born in Bourbon County, KY, to the late Harford and Minnie Grove Stumph. Flo was a homemaker and she enjoyed reading, writing and swimming. She was also involved with AGLOW in Washington state and YWAM – youth missions in Canada. She was active in other mission trips, including Mexico, Germany, Ukraine and the CAP-Christian Appalachian Projects in Eastern, KY.

In addition to her parents, she was also preceded in death by one son, Edward Lykins, Jr.; two sisters, Betty Stephens and Charlene Hill and one brother, Thomas Stumph.