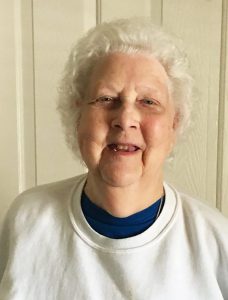 She was born in Garard County, KY, to the late Luther and Susie Mason Graham. She was a retired employee for Danesco in Danville, KY. Erbie enjoyed cross stitch, crocheting, cooking, gardening, word find puzzles and going to church.