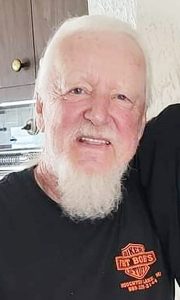 A native of Detroit, MI, he was the son of the late Elmer and June Petrowske Schultz. He was retired from the TI Automotive Factory where he worked in management. He enjoyed riding his Harley motorcycle.

He is survived by his three children, Evelyn Schultz, Michael Schultz, and Gary Schultz; seven grandchildren; six great-grandchildren, and several brothers and sisters.