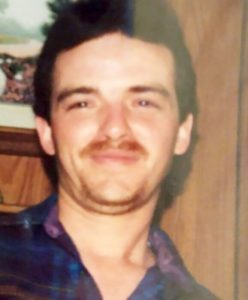 Earnest “Jeff” Jeffery Prater, husband of Martha Prater, of Paris, passed away Monday, February 14, 2022. He was a 62-year-old born in Montgomery County, KY, to the union of Lottie Clarine Browning Prater and the late Carma Gene Prater, a retired employee from Mallinckrodt after 30 years of service, and member of the Christian faith.
In addition to his wife and mother, he is survived by two daughters, Ashley Prewitt Kelly (Ryan) and Kayla Prewitt, four grandchildren, Taylor Puckett, Shila Kelly, River Pearl Kelly and Olivia Jones, three brothers, Lynn Phillip Prater (Connie), Michael Gene Prater (Ann), and Gerald Ray Prater (Daphne), two sisters, Deborah Jones and Annette Gentry (Jay), and several nieces and nephews. In addition to his father, he was preceded in death by a sister, Connie Gayle Jones-Boyd, a brother-in-law, Donald Jones and his mother-in-law, Thelma Pearl Setters.
His funeral will be at 3:00 p.m., Friday, February 18, at Herald & Stewart Home for Funerals. Visitation is at 1:00 p.m., until time of service. In lieu of flowers donations may be made to the family.
Arrangements are placed in the care of Herald & Stewart Home for Funerals.