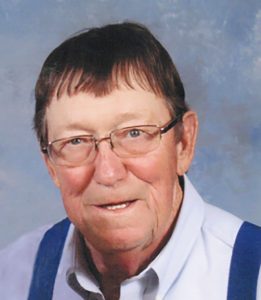 William Dudley “Buddy” Conyers, husband of Kathleen Gibson Conyers, departed this life on Saturday, February 26, 2022, at his home, having attained the age of 82 years.

Buddy was born in Bourbon County on June 22, 1939, the son of the late Walter Dee and Gertrude Irene Hutchison Conyers, had worked at both Hansley Mill and Worick Motors, was a retired service manager at Dan Cummins Chevrolet, and a member of the Bourbon Street Cruisers. He was a member of Spears Mill Baptist Church but was a regular attender of First Baptist Church, Paris. In addition to his parents, he was preceded in death by his first wife, Freda Stamper Conyers, and a sister Betty Jane Curtis.

The funeral service for William Dudley “Buddy” Conyers will be at 11:00 a.m., on Wednesday, March 2, 2022, at Hinton-Turner Funeral Home with Bro. Cecil Wayne Curtis officiating. Interment will follow in Paris cemetery with casket bearers being, Cody Turley, Austin Turley, Monte King, Clinton Townsend, Paul Davis, Rick Blair, and Wes Johnson.   Honorary bearers are the Bourbon Street Cruisers as well as the past and present employees of Dan Cummins Chevrolet. Visitation will be on Tuesday night, March 1, 2022, at Hinton-Turner Funeral Home between the hours of 5:00 p.m. and 8:00 p.m.   www.hintonturner.com