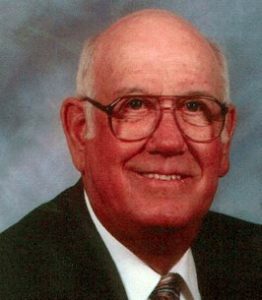 Reuben Turner, Jr., widower of Virginia E. Stanforth Turner, whom he was married to for sixty-nine years, departed this life on Friday, April 1, 2022, unexpectedly at his home in Paris, having attained the age of 91 years. Reuben was born on August 28, 1930, in Woodford County, Kentucky, the son of the late Reuben and Myrtle McAlister Turner. He was a high school graduate, a veteran of the United States Marines, serving in active duty from 1952 – 1954, and continuing his service in the Reserves until January of 1960. Reuben was retired from a manager’s position at I.B.M. and had spent many years farming as well. He was a member of North Middletown Christian Church (Disciples of Christ), and DeLand Florida Christian Church (Disciples of Christ). He loved being able to fish in Stoner Creek as well as St. John’s River when in Florida and spending time in his yard gardening. In addition to his parents and wife, he was preceded in death by a daughter, Deby Turner, and a granddaughter, Amanda Rodgers.