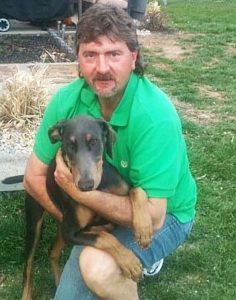 A native of Bourbon County, he was a former truck driver for Rumpke.

Preceding him in death were his father, Eddie B. Doan, and his sister, Brenda Prince.

Cremation arrangements are under the direction of Drake-Whaley-McCarty Funeral Home.

Condolences may be left at www.drakefuneralhome.com.