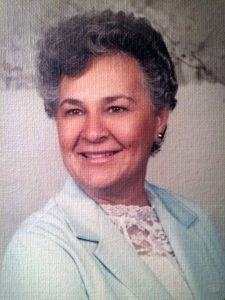 She was born in Lexington, KY to the late Louis Charles and Mary Henrietta Travis Redmon. She was a retired employee of Mallinckrodt and a member of Central Baptist Church, Paris, KY. Nancy was an avid gardener and also enjoyed bird watching, baking pies and cakes to share with others and was a devoted mother to her three children.

In addition to her parents, she was also preceded in death by one daughter, Melanie Watts Baker; one son, James Nelson Watts III and one brother, Danny Redmon.

Graveside services will be conducted at 12:00 PM Friday April 8, 2022 at the Lexington Cemetery, Lexington, KY by Rev. Dan Russell.