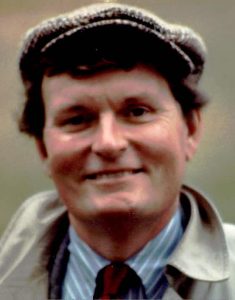 James Morrow Richards, Jr. died peacefully at home on July 4, 2022. Born in Lexington, KY on October 17, 1940, he was the son of the late James Morrow Richards Sr. and the late Ella Lewis Stone Richards of Bourbon County, KY. He attended Millersburg Military Institute (MMI), Transylvania College and was a graduate of The University of Kentucky and UK Law School. He is survived by his wife, Jane Carson France Richards and his children: James Morrow Richards III and Taryn Strauss Richards of Atlanta, Ga., Katherine Carson Richards, Lexington Ky., Thomas Norris Richards and Mary Jo Hoffman Richards of Lexington, KY; his grandchildren, William, Townes and Langston. Surviving also are Thomas Norris France, Jr. and Karen Cothran France, Drew France Hincapie of Greenville, SC and Jane Carson France of Charlotte, NC. Morrow joined the Navy in 1962. Upon graduation from OCS, he was commissioned a Reserve Ensign in the US Navy and began Pre-Flight training in Pensacola, FL. He was graduated and received his Naval Flight Officer Wings at the Naval Aviation Base in Corpus Christi, TX in 1963. He was then sent to the Naval Aviation Transport Squadron Three, based at McGuire Air Force Base, New Jersey and was an aerial navigator on C130’s. During his service, he flew missions all over the world, including SE Asia, completing his service to his country as a Lieutenant in 1966. After military service, Morrow became CEO of the Owingsville Banking Company, Owingsville, KY and later became President and Chairman of the Board. For many years, he enjoyed dual occupations of banking and managing the family farm in Bourbon Co., Ky. He especially liked hosting his friends and family for the annual dove shoots on the farm each September. While living in Paris, he was a communicant of St. Peters Episcopal Church. Morrow was introduced to, and became fond of “low-country living” in coastal South Carolina, making many trips to Pawley’s Island. After farm life for many years, Morrow moved his family to Lexington, while still serving as President and Chairman of the Board of Owingsville Banking Company. He was a communicant of The Episcopal Church of the Good Shepherd, Lexington, KY. A graveside service was held Saturday, July 9th, 2022 at 1:00 PM at the Owingsville Cemetery (Owingsville, KY 40360). In lieu of flowers, memorials may be made to Bluegrass Care Hospice Navigators, 1733 Harrodsburg Road, Lexington, KY 40504 or The Episcopal Church of the Good Shepherd, 533 East Main Street, Lexington, KY 40508.