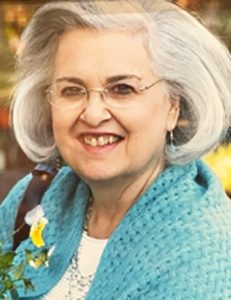 Connie Shriver Reed, 67, widow of the late Daniel Clay Reed, died Thursday, July 14, 2022.
A native of Pennsylvania, she was the daughter of the late Charles R. and Barbara J. Boyer Shriver. She worked for MAP International of Brunswick, Georgia and was a member of the Golden Isles Presbyterian Church, St. Simons Island, Georgia.
She is survived by one stepson, Mark (Kristi) Reed; three step grandchildren, Walker, Marshall and Janie and two brothers, Steven Shriver and Michael Shriver.
In addition to her husband and parents, she was preceded in death by one brother, David Shriver.
There will be a graveside service at 1:00 PM Thursday, July 21, 2022 at the Paris Cemetery, 1603 Main St., Paris, KY by Pastor Mark Reed.
The arrangements were entrusted to the Lusk-McFarland Funeral Home, 1120 Main St., Paris, KY.
The online guestbook is at www.Lusk-McFarland.com and a 24-hour funeral information line can be reached by calling 859-987-4387.