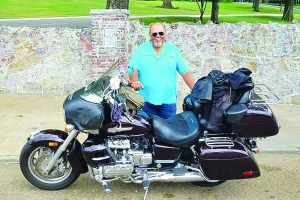 David Elmo Thornberry, of Winchester, Kentucky, departed this life on Saturday, August 13, 2022, having attained the age of 64 years.  David was born in Paris, Kentucky on September 18, 1957, the son of the late Elmo and Margaret Sanders Thornberry, and was a 1976 graduate of Bourbon County High School.  David worked as a welder and loved riding his motorcycle.  In addition to his parents, he was preceded in death in 2017 by his brother, Jerry Thornberry.

A memorial service for David Elmo Thornberry will be at 4:00 p.m., on Saturday, August 20, 2022, at Hinton-Turner Funeral Home.  A memorial gathering will begin at 2:00 p.m. until the time for the service. www.hintonturner.com