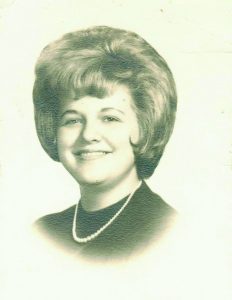 Barbara Ann Dungan Cloyd, the widow of Morris Gene Cloyd, departed this life on Monday, August 22, 2022, with family by her side, at Windsor Care Center in Mount Sterling, Kentucky, having attained the age of 78 years. Barbara was born in New York City, on June 9, 1944, the daughter of the late Wilmont Armstrong and Miriam Irene Swanson Dungan, was a high school graduate from Taylor Allderdice High School in Pittsburg, Pennsylvania, worked for twenty-three years as the cafeteria manager for Bourbon County Middle School, and was of the Christian faith. When people would ask her if she had a faith preference she would often quote, “I was born a Catholic, raised a Presbyterian while living in a Jewish neighborhood, moved to Kentucky, and married Daniel Boone, known to many as ‘Moose’.” In addition to her parents and husband, she was preceded in death by a grandchild, Michael Sykes, her brother, Claude Dungan, a sister, Claudette Dungan Parker, and niece, Phyllis Cloyd.

The funeral service for Barbara Ann Dungan Cloyd will be at Hinton-Turner Funeral Home on Saturday, August 27, 2022, at noon with Bro. Larry Compton officiating. Interment will follow at Paris cemetery with casket bearers being her grandsons and honorary bearers being her granddaughters and great-grandchildren. Visitation will begin at 10 a.m. until the time for the service. www.hintonturner.com