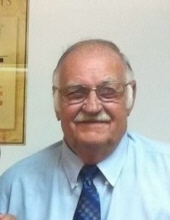 He was born in Paris, KY to the late Walter Martin and Sue Ella Riggs Dampier. He was retired from International Salt Mine Co. in Avery Island, Louisiana and Claiborne Farms, Paris, KY. He also worked at Stamler International and managed the Galactic Bowling Alley in Cynthiana, KY. Kenny had bowled in many leagues, enjoyed fishing and was a very good carpenter. He was also a member of the First Christian Church, Millersburg, KY.

Memorial service will be conducted at 3:00 PM Friday January 6, 2023 at the Lusk-McFarland Funeral Home, 1120 Main St. by Jonathan Graves.

Visitation will be from 1:00 PM Friday January 6, 2023 until the hour of service at the funeral home.