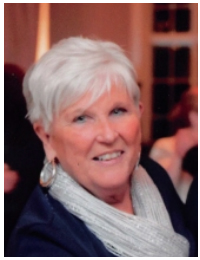 For many years, Pat could be found traveling with her husband, Harry, as he played senior softball across the country. She had many hobbies including playing cards, tennis, and the piano. Most Thursdays she spent playing Hands & Feet with her card club friends. Mimi also loved to spend time with her family, especially her grandchildren and could often be found cheering them on at one of their sporting events. She will be dearly missed by all who knew her.

A funeral service will be held on Saturday, January 7, 2023 at 12:00PM at Routsong Funeral Home, 2100 E. Stroop Road, Kettering, OH 45429. Family and friends may visit from 11:00AM until the time of service. In lieu of flowers, please pay an act of kindness forward in memory of Mimi.