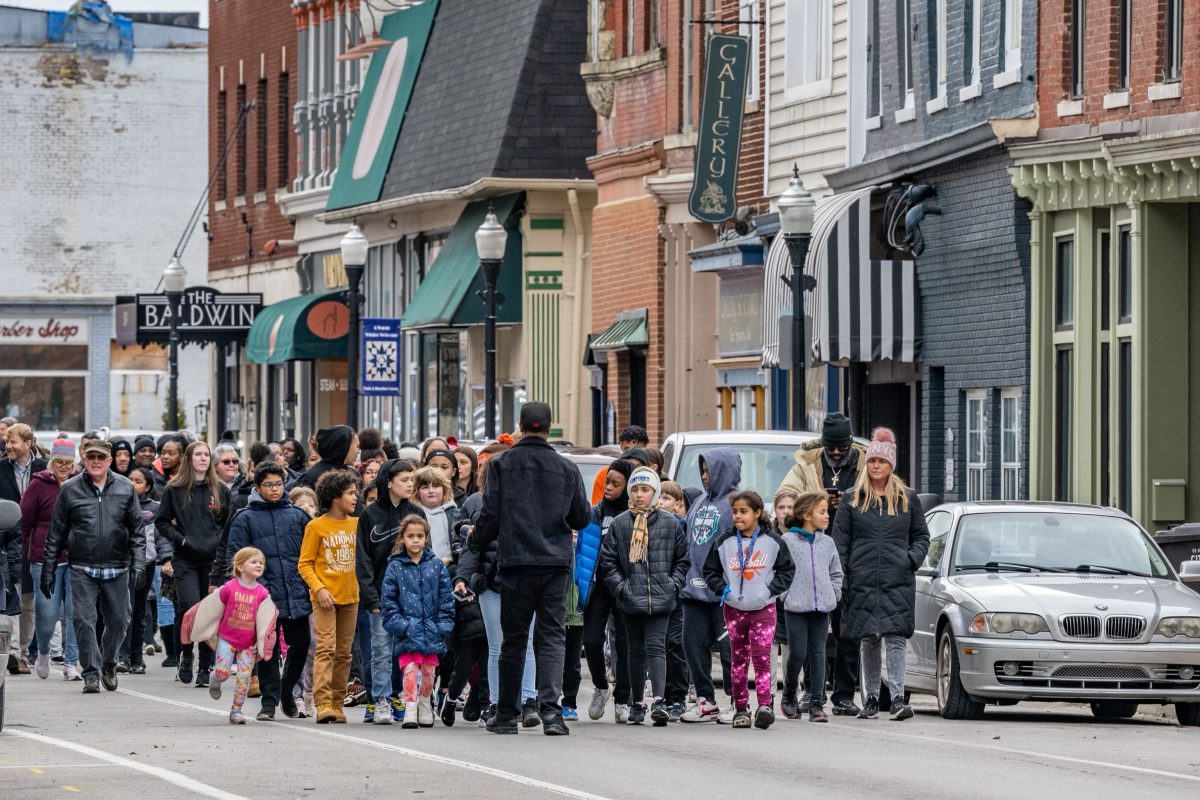 A large crowd participated in Paris and Bourbon County’s annual Martin Luther King, Jr. March which was held Monday, January 16, just a day after the legendary figure in American’s history’s birthday. He would have been 99 years of age.

Walkers met at St. Paul’s United Methodist Church at 2 p.m. and paraded from there down Main Street, around the Courthouse and back to the church where the gathered for a service inside.

A short informative video shared the life of Martin Luther King Jr….and the life events that led up to his famous “I had a dream” speech and his death.

Hosted by St. Paul’s United Methodist, Pastor Rev. Chrystanthia Carr-Seals welcomed the congregation. Br. Richard Dumphord as Master of Ceremonies, shared a synopsis of the message of Dr. Martin Luther King, Jr. imploring that “we be judged by character and not by the color of our skin

There was congregational singing, solos and narratives presented by local youth.

The guest speaker was the honorable Reginald Thomas, a Kentucky State Senator and Minority Caucus chair. He is also an attorney as well as an assistant Professor at Kentucky State University

Thomas’ talk hinged on the Biblical parable, The Good Samaritan… a story about the two religious leaders who passed by a robbery victim, a Jew, on the road and the Samaritan who took pity on the victim and sought help for him.

Thomas reminded his audience that the Samaritan and Jews did not get along…. But it was the Samaritan “who lifted up the hurting man, takes him to an inn and paid the innkeeper to take care of him.” 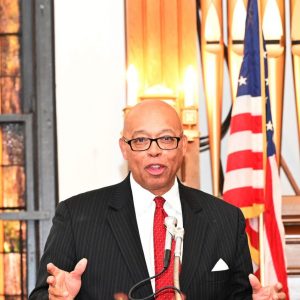 “Martin Luther King Jr was one who was not afraid to take on the heat to make life better,” Thomas shared. “A man who stands for nothing will fall for anything.”

Thomas brought out three points based on the parable

“Stand for some measure…you got to help people in despair. Blacks were in despair, and their cards were stacked against them. King stood up and was willing to take on the fight…he did and was successful. He changed the pathway of life.

“Lift people up. If you can’t give them a hand out give a hand up… just like the Good Samaritan. We have to learn to lift people up…give hope to people in despair… give them a new day, a new vision and leave the world a better place than where we found it.

“Forge partnerships. It took others to be involved in the Civil Rights Movement …not just blacks, but whites, Jews, etc. Like the Samaritan, who asked the Innkeeper for help, we need to understand the need for partnership.”

He continued: “The story of Dr. King informs us about history and how we learned to be strong and make a difference. At some point we have to stand up and stand strong. But we can’t get there without partnership. Either we to learn to live in harmony or we are going to destroy each other.”

Rev. Bell also shared that Operation Food Basket had been a part of the community for 41 years, serving approximately 2000 people a year.

Public officials in attendance were recognized and Rev. Bell pointed out the importance of “righting a wrong” regarding the moving of the transfer station from the west side neighborhoods. “It may be a slow process, but progress comes with persistence.”