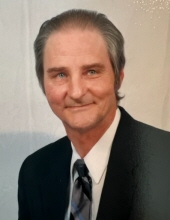 He was a retired butcher for Ken’s New Market for over 41 years, United States Army Veteran of the Vietnam War and a member of the River of Life Ministries. Ronald loved his cats and fishing and enjoyed traveling with Judy.

In addition to his parents, he was also precede in death by one son, Ronald L. Sullivan, Jr.; stepson, Timmy Sallee and granddaughter, Deanna Sallee.

Funeral services will be conducted at 11:00 AM Friday January 27, 2023 at the River of Life Ministries, 616 Clintonville Rd., Paris, KY by Pastor Krista Hampton. Burial to follow in the Little Slate Cemetery, Bath County, KY.

The funeral arrangements were entrusted to the Lusk-McFarland Funeral Home, 1120 Main St., Paris, KY. The online guestbook is at www.Lusk-McFarland.com and a 24-hour funeral information line can be reached by calling 859-987-4387.