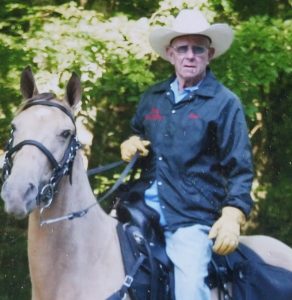 A native of Paris, KY, he was the son of the late Russell and Beatrice Watkins Earlywine.  He was retired from Kentucky Textiles, a member of American Legion Post #257 and Amity Lodge #40, a veteran of the United States Army having served during the Korean War and a member of the Rockcastle Saddle Club.

In addition to his parents, he was also preceded in death by one daughter, Vicki Rodgers.

Graveside services will be conducted at 1:00 PM Wednesday October 30, 2019 at the Paris Cemetery Chapel with Masonic Rites by Amity Lodge #40 and military honors performed by American Legion Post 257.  Burial will follow in the Paris Cemetery, Paris, KY.