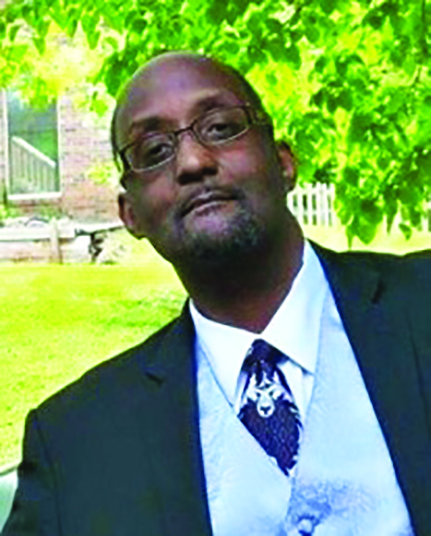 Richard M. Baker, Jr., 60, died Friday November 22, 2019 at the St. Joseph Hospital, Lexington, KY.
A native of Paris, KY, he was the son of the late Richard M. Baker, Sr. and the late Claudia Mae Russell Baker.  He was a former employee of the Quadnex Company in Clinton, TN, where he was a radioactive waste technician.  He was a ordained minister and a member of the Mt. Sinai Baptist in Clinton, TN and when he lived in Paris, KY he was a member of the First Baptist Church.
Survivors include a son, Richard Jeremiah Baker; stepdaughter, Kara Allen; one sister, Daylene Jackson; one brother, DeWayne (Pam) Baker; host of nieces, nephews and cousins, including, nephews, Joshua Jackson and D.J. Baker; nieces, Antoinette Jackson and Candice Baker; great nephews, Zion Jackson, Zavier Jackson, Julius Gregory and great nieces, Sanaa Jackson and Akleeah Jackson and his ex-wife, Linda Baker.
In addition to his parents, he was also preceded in death by one sister Renta C. Baker.
A memorial service will be conducted at 1:00 PM Friday November 29, 2019 at the Lusk-McFarland Funeral Home, 1120 Main St., Paris, KY by Rev. William Caldwell and Rev. Dr. Morgan Gilkey.
Visitation will be from 12:00 PM Friday November 29, 2019 until the hour of service at the funeral home.
The funeral arrangements were entrusted to the Lusk-McFarland Funeral Home, 1120 Main St. Paris, KY 4036.
The online guestbook is at www.Lusk-McFarland.com and a 24 hour funeral information line can be reached by calling 859-987-4387.