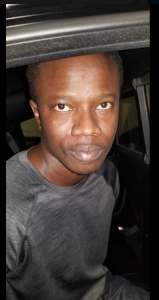 urbon County Sheriff’s Dept and Paris Police responded to a 911 call, bank robberies at both Kentucky Bank and Blue Grass Federal on Wednesday morning before noon. The suspect was arrested in the parking lot of Michael’s at Eighth and Cypress Street. It was reported that the suspect made off with money from both banks and the entire incident is under investigation by local law enforcement. The suspect was not named do to ongoing investigation but is expected to arrested and lodge in Bourbon County Detention Center later on Wednesday. 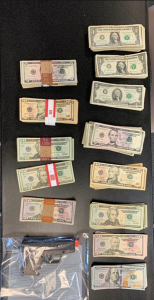 The Paris Police Department in conjunction with the Bourbon County Sheriffs Office arrested the suspect today on suspicion of robbery involving both the Kentucky Bank and Bluegrass Federal Savings and Loan here in Paris. This individual was also suspected in the robbery of the Commonwealth Savings and Loan in Georgetown, KY earlier today. Paris Police Officers were able to illicit a full confession from the suspect regarding these robberies and will be working with our colleagues at the Georgetown Police Department and Federal Bureau of Investigation to make sure a thorough and professional investigation is conducted in this case.