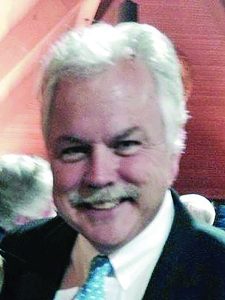 Dan Short, Founder of Layer One

How would you like to have an insect repellent, all natural ingredients, that would provide up to 60 hours of protection for you and your family? For convenience, let’s say the repellent was contained in a small round dot that easily sticks onto your skin or apparel. Sound good?  You bet.  A new invention that does it all is being brought to market by a Bourbon County entrepreneur and is being called by some as the best thing for families “since sliced bread!”

Dan Short, a Bourbon County resident and inventor, said that “The idea and motivation to really start thinking about how to invent such a product came from my son, Brian,” Short said. “He asked that we invent a better way to deal with troublesome insects because he was taking his two boys to the lake often and had to spray and re-spray them with chemicals for protection from ticks and mosquitos.”  The rest is soon to be history as Short embarked on a journey of discovery to find answers to a family problem with a practical response and solution to a larger audience than his two grandsons.

As they say, “Necessity is the mother of invention.”

Dan Short’s company, Layer One, is in production of a range of insect/pest repellents, called Bug Dots that will likely be a highly sought after product both nationally and internationally. The repellents will repel ticks, mosquito’s, and lice. They have been thoroughly tested and can be used by all members of the family.
“It is amazing!” Short said. “If you are walking outdoors and put one of these bug dots on your legs, the ticks will not bother you. Anyone who lives, works or plays outdoors will love these Bug Dots.”

The invention came as a result of Short’s working relationship with a chemist, Dr. Al Ouimet, while they were studying open membrane displacement relative to the world of insects. It seems, according to Short, that insect pheromones are the avenues of communication used with each other.  They can attract or sound an alarm to similar species. The discovery and product idea for Bug Dots came in the form of sounding the alarm or repelling the unwanted company of insects using their own communication signals. In one demonstration, when bed bugs were placed on a Bug Dot, the insects began running away almost immediately. The Bug Dots already in production will work with ticks, mosquitos and lice. 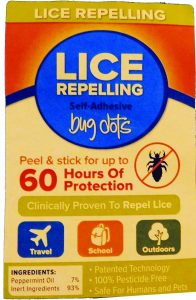 “I have known Dr. Ouimet over 25 years,” Short said, “He was the person we worked with at Kentucky Textiles when we developed for the 1996 U.S Olympic team a 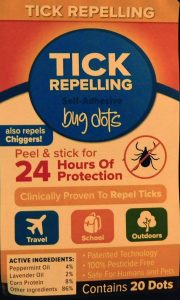 shark skin fabric that reduced friction in the water and enabled U. S. swim teams to swim faster.” Short said that Dr. Ouimet, now retired, was formerly a chemistry professor at the U. S. Naval Academy.  Short, who was Vice President, Kentucky Textiles for over 25 years, worked closely with issues related to textile chemistry applications and product development at Kentucky Textiles before the company succumbed to the impact of NAFTA  and joined the exodus of the textile industry to outside the United States.

Two years ago, Short, the founder of Layer One, introduced a product to kill bed bugs. The development of a fabric that had imbedded ingredients, all natural, that killed, almost instantly, bed bugs that came in contact with the mattress cover. The Layer One Company product, labeled Arthroshield 880 technology, is now in production at a plant in North Carolina and producing fabric for bedding application. It is a popular product in the hospitality industry and with bedding manufacturers.

This latest invention is consumer oriented and will be available in retail stores as well as institutional applications. The first major big box retailer to market the Bug Dots will be Lowe’s. “They have said they want to have the product displayed in their stores by May.” Short said.
Bug Dots already has attracted interest on a national scale. Good Morning America is planning to interview Short and feature the product this Spring on its morning TV program.

School systems have also expressed a great interest in Bug Dots for lice,” Short said. At least one large school system in Florida has asked to be first on the list when production gets underway.
“All the military PX Stores will carry the product,” Short said, “and we are currently talking with other retailers that have stores in every state.”

The next major challenge is developing the production capability to handle what is likely to be a huge demand for the product. “Our production will start in Carlisle, where  a manufacturing facility is up and running. Ricky Hicks, a friend for over 25 years, who has worked with me on Layer One will manage the production.”  Hicks a former CFO at Kentucky Textiles is an important part of the Layer One team.

Inventions often come with a hope and a dream.  A world-wide market for an idea is the dream of an inventor who wants his idea to not only be a success but to make the world a better place. Gearing up for the institutional and consumer demand in store for Bug Dots is a major step for Dan Short in seeing another dream, developed from the concept to reality, come true.
And, like most entrepreneurs, his next idea is already in the pipeline, stay tuned.